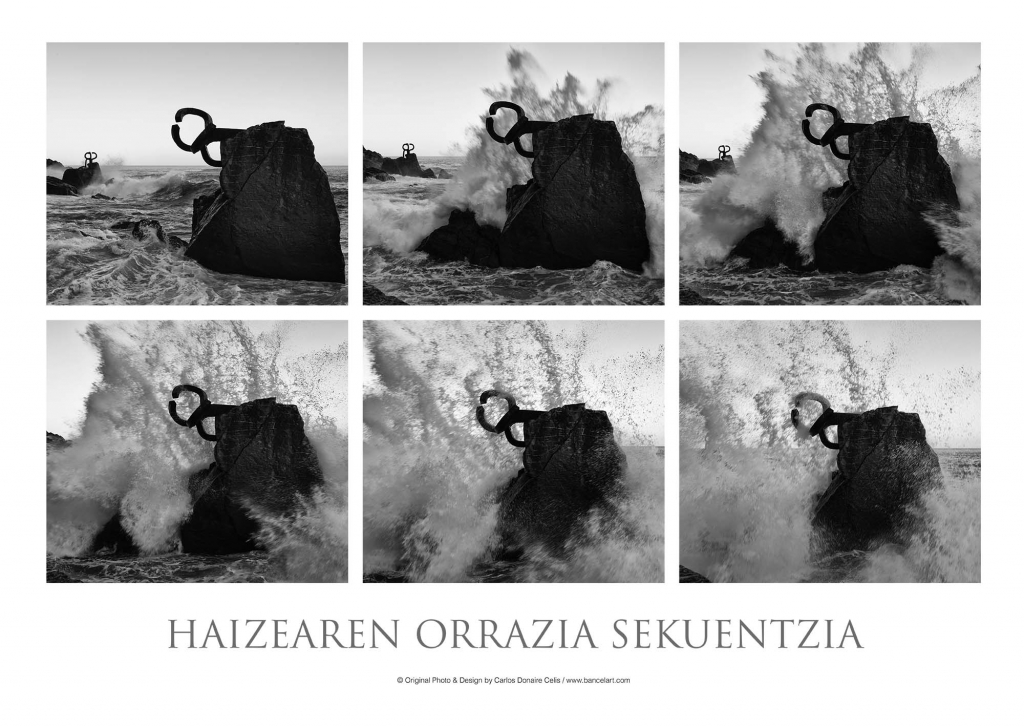 The Peine del Viento, called in Basque Haizearen Orrazia, is a set of sculptures by Eduardo Chillida. It is located at the end of the Ondarreta beach, in the municipality of San Sebastián, in the province of Guipúzcoa, in the Basque Country. It is made up of three steel sculptures, each weighing 10 tons, embedded in rocks that face the Cantabrian Sea, whose waves hit them. Chillida continued working on the Peine del Viento series, which coincides formally with his collection of stelae, and particularly those dedicated to Pablo Picasso, Salvador Allende and Pablo Neruda. The work was completed in 1976. In addition to the sculptures, an area around them was fitted out with air and water outlets supplied by the waves that break against the rocks and sculptures.

If you want, yo can buy this sequence. I have two formats and two kind of paper. Contact me